You have decided to start a career as a mobile app developer, but you are not sure how to start. No worries, the purpose of this article is to provide you with recommendations for getting started as well as resources and tips that will make your journey more pleasant.

What is Mobile App Development?

These applications can be pre-installed on phones during manufacturing platforms, or delivered as web applications using server-side or client-side processing (e.g., JavaScript) to provide an “application-like” experience within a Web browser.

Application software developers also must consider a long array of screen sizes, hardware specifications, and configurations because of intense competition in mobile software and changes within each of the platforms.

Mobile app development has been steadily growing, in revenues and jobs created.

However, before finalizing Android app development as a career path and selecting a training program to learn it, an undergraduate, graduate, or an employee looking for a career change must know what the expectations, demands, trends, skills, and responsibilities in the field look like.

Let’s take a look at some important details that can help build your knowledge as a beginner before you venture in the field of Android app development.

The convenience of communication, self-expression, entertainment, and awareness and the ease of performing essential daily tasks like paying bills, navigation, calculation, learning, shopping, and making online transactions, anytime from anywhere, is only possible with well-built apps. An android operating system runs on numerous devices of different brands and is thus largely popular among users, developers, and brands.

Android app developers and brands work closely to design innovative, easy to use, and informative mobile apps that can attract the brand’s targeted customers.

The very first step towards learning to develop a mobile application is to choose a major platform. You will find plenty, such as Android, iOS, Windows, Symbian, and Blackberry RIM. However, it’s clear that Android and iOS are dominating the mobile industry. Windows 10 apps may still be relevant, but it’s still not the most profitable platform. Thus, it would be a wise choice to start your journey by opting either for iOS apps or Android apps.

One is entirely different from the other. You need to consider which one you want to specialize in. Of course, you can attempt to master everything, but that’s not recommended. It’s better to cover only one, and then gradually expand your horizon to include other app developing platform as well.

What Do Mobile App Developers Do?

A mobile app developer designs, creates, and updates mobile applications, whether on Android or iOS. He or she works with a user experience (UX) designer to make sure their design is aligned with the needs of the user.

Together, they create mockups for the app. The developer must also coordinate with business leaders regarding launch strategies.

Android is the most popular mobile operating system in the world. Developers for Android are responsible for developing applications for Android-powered devices. They then test code for edge cases and general usability.

How to start a career as a mobile app developer

As earlier stated, there’s more than one way to learn about mobile development. Some mobile app developers attend a college or university and earn a bachelor’s degree in computer science.

Others are self-taught and have no formal education in computing. Then, there’s the other growing alternative: attending a coding bootcamp.

A coding bootcamp typically lasts between three and nine months. During the program, students learn all the skills they need to launch a career in tech.

They also build a portfolio of projects which allows them to showcase their skills to prospective employers.

Choose a platform to focus on.

So, Android or iOS? As mentioned, it’s possible to choose one and later transition to the other. It’s also true that neither is much harder to learn than the other.

In terms of reach, Android has the largest global market share. Android and iOS have similar US market shares.

However, iOS tends to be an attractive choice for early adopters and technology enthusiasts. It’s also a good choice if you want to heavily monetize your app via in-app purchases.

The main difference between Android and iOS is that they use different programming languages. Android coding is mostly done in Java, and iOS development is mostly done in either Objective-C or Swift. If you have experience in Java, Android might be a good place to start. If you’ve coded in C#, C++, or any of the C languages, you’ll probably find the iOS learning curve less steep.

There are several key skills you’ll need to develop and master to become a successful mobile app developer. We’ll start with iOS developers.

These skills include programming languages, development tools, and other programming concepts.

Xcode is an application developed by Apple to make it easy to write applications for any Apple device. As an iOS developer, you should be able to navigate your way through Xcode and understand the various features in the tool.

Now that we’ve got that covered, let’s move on to Android. The following are a few skills Android developers should have to be successful.

You should be able to convert a design into a functional Android application using Java and XML. To do this, you’ll need to know how to use all conventional view containers. You should also know all the standard views and other components that may come up in an Android app.

You should know how to store, update, and delete information on an Android device. Even if you rely on outside APIs for an app, you’ll still need to store information locally, on the user’s device. Further, you should be able to implement push notifications to reach users.

Many Android apps use the Material Design framework which was created by Google in 2014. You should know how this works in designing and developing new apps. You should also be familiar with the implementation of basic Material Design guidelines into an application.

To be a successful mobile app developer, you’ll need to have a set of “soft” skills. These include the following:

All coding jobs require a great element of problem-solving and analytical thinking. This entails thinking through a problem effectively and figuring out a solution using code. You should be capable of fixing problems in existing code. In the same vein, you must know how to make changes to an application to meet new specifications.

Details matter in coding. Each detail will affect the output of a program. One typo could cause an application to crash or malfunction. You should spend time looking through every detail when coding.

As a mobile app developer, you’ll most likely have to work in teams. You should be able to respond well in collaborative environments. More than that, you’re going to have to work well with others to accomplish a certain task.

Note: At Bizmarrow, we have different ways you can learn mobile app development in Abuja Nigeria. No matter the technology you choose, we have qualified trainers that will give you practical hands on training with project based training where you build real mobile application before your graduation backed with certification.

Join our physical instructor-led interactive, and practical hands-on training in our training centers in Nigeria.

learn from the comfort of your home or offices with our Virtual Instructor-Led live online, interactive, and practical hands-on training

If you plan to start your own business and build an Android app, you will have to do various other tasks adding to the above-mentioned ones. You will have to choose a problem, think of the best solution, and then solve it through your app.

However, you must go through proper practical hands on training to be effectively and efficiently deliver at your best and Bizmarrow Technologies is on active board for that course.

As in any profession, the steps taken to have a career as an architect seem simple, though involve a lot of hard work, and can be filled with fun. Simply put, becoming an architect involves education, skills, experience and examinations. Your journey from student to professional architect will move through several stages which has its…

Wondering how to get a career in graphic design? You’re certainly not alone. With many creatives rethinking their career options after a tumultuous time, there is a lot of competition out there at the moment – but also a lot of opportunity. There are a variety of routes to consider pursuing to get you where… 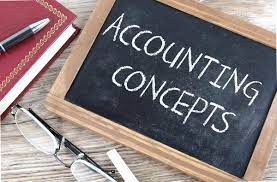 If you’re going to make web design or development your career, there are many things you’ll want to think about. It helps greatly if you know details like how much it pays, what the hours are, and what will be expected of you. With technical skills from this practical hands on training, web designers and… 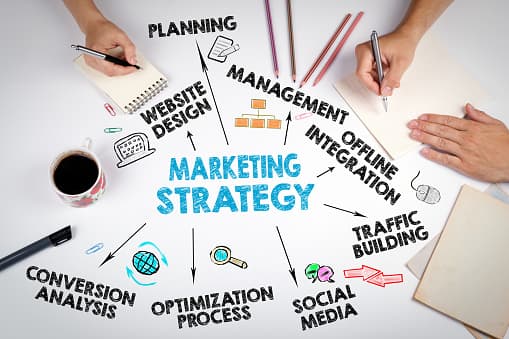 TOP 5 DIGITAL SKILLS IN HIGH DEMAND YOU CAN EQUIP YOURSELF TODAY. Would you like to build a career in tech? Are you looking to learn digital skills but don’t know which of the skills to equip yourself with? Do you know that with the right digital skills you just might hit that job and…

Chat with us now